We were thrilled to discover the lost talents of Basil Clavering (1910-1973) and John Parkhurst (1927-2000) and exhibited their works in June 2016. Clavering is recognised as the most prominent British post-war photographer, who specialised in the development and production of a genre of photography centred on the male figure.

Clavering established Royale Studios, and then with John Parkhurst, Hussar Studio in Pimlico and Soho, London. Works from this period of the late 1950’s and early 1960’s depicted narratives and embraced the military disciplines, from which many of the models where drawn.

The images depict a subtle, almost naïve, homoerotica by contemporary standards, but at the time the images were hidden from general view, part of an underground movement that defied law and convention.

6 large Royale HUSSAR pieces included in the Bathurst Regional Art Gallery exhibition featuring artworks that show how the male figure has been represented in photo media over the past 140 years.

The exhibition was at the Menier Gallery near London Bridge. The show was deliberately scheduled to be on for the 50th Anniversary of the Sexual Offences Act 1967 that partially decriminalised gay sex (27th July). It was the first retrospective exhibition of physique photography and graphic art in Britain and the first to show the largely ignored British and European practitioners. Royale and their close associates were prominent. Click to see the Model Men exhibition website. 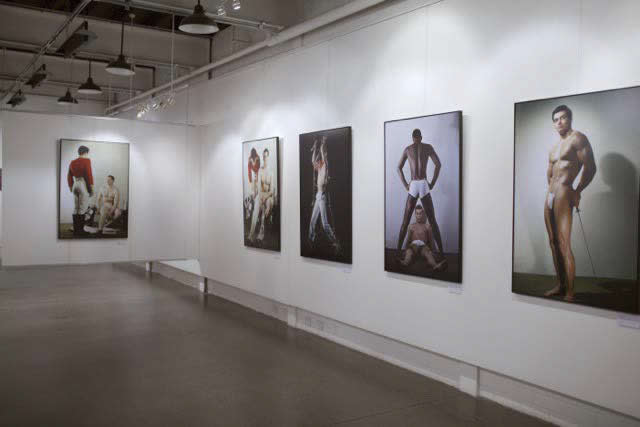