In 1978, the Sydney, Australia Mardi Gras started as a protest march, aiming to create public awareness and recognition of alternative communities that exists in society. It sought to bring political issues to the forefront, such as marriage equality, youth suicide, and equity in law for consenting same sex couples.

From that small, but contentious beginning, the Sydney Mardi Gras march has turned into a extravagant, televised parade that has boldly celebrated homosexuality and diversity. It has marginalised and unified, needing those involved to be courageous and brash, but most of all has been fabulous, fun and all about the frocks.

Although Tasmania had been represented by a walking contingent of people in the parade, the directors of COME are very proud to have instigated and supported Tasmania’s gay community presence in the Mardi Gras Parade with a new, outstanding and exciting float over a four year period.

Starting in 1997, ‘Tassie Temptations’ was the debut, which featured Tasmania’s very best Island Produce. With homosexuality still illegal in the Australian Island State of Tasmania, we brought the message that the severe anti-gay laws in Tasmania were ‘No Picnic’, to a national and international audience.

In 1998, with the end of criminalisation of homosexuality, we felt the sky was the limit and ‘Tasmanian’s Reaching for the Stars’ celebrated 10 years of solidarity, with the end of gay discrimination still in our sights.

After years of political protest and effort, it was time to let our hair down and have some real fun. ‘Tasmania The Full Monica’ explored the case of Bill Clinton and his association with ‘that woman’. The vivacious Miss Monica Lewinski became a gay icon and was celebrated with 43 blue-stained dresses. The verdict - ‘Best Out of Town’ parade entry 1999.

The sweet taste of success continued in 2000, with ‘Tasmania’s First Class Bitches’, proving everyone loves a puppy, or a 101 of them.

After four years, it was time for us to pass on the Mardi Gras baton, or maybe the bone, to other creative and like-minded Tasmanians. It was an amazing time, proving that out of adversity comes triumph, and that dressing up and putting yourself out there can make a huge difference. 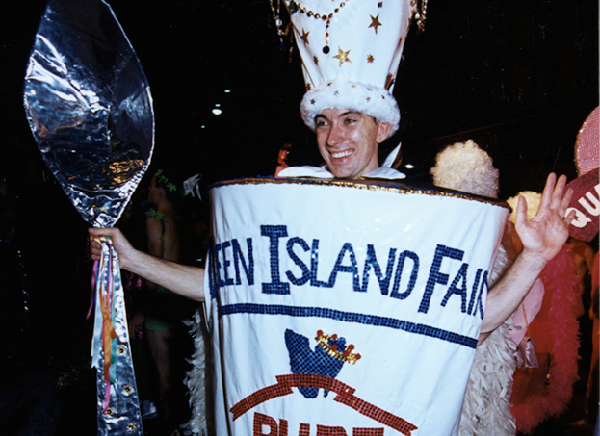 *Click on gallery images at bottom left, to see enlargements. 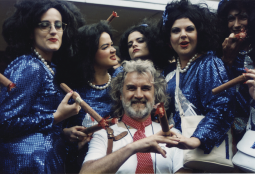 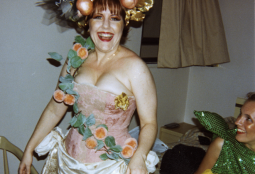 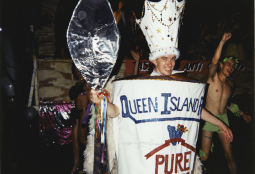 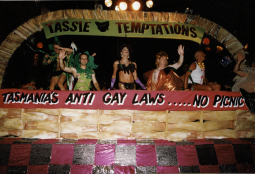 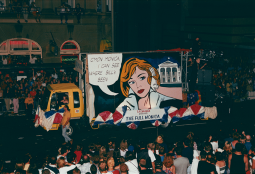 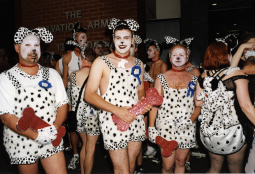 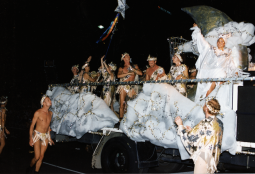 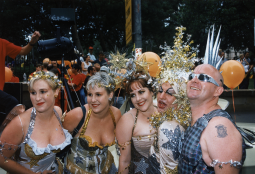 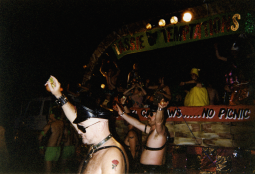 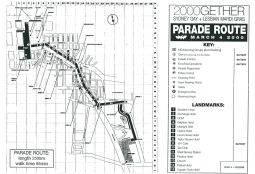 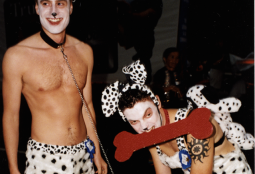 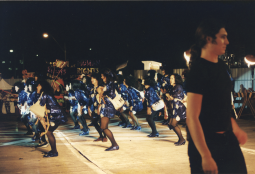 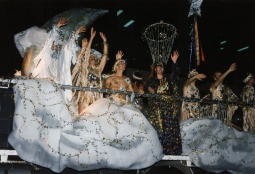 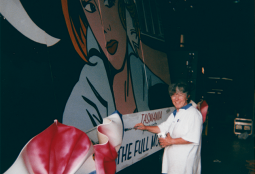 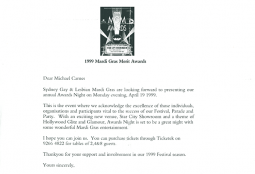 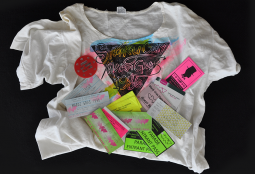 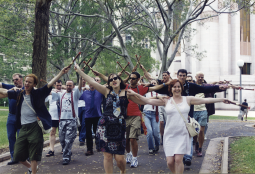 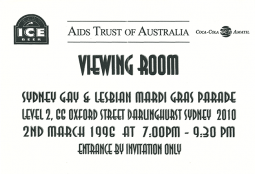 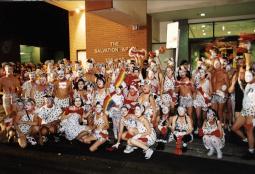 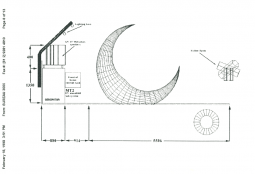 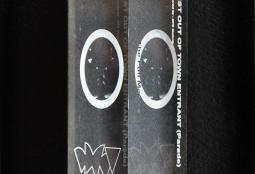 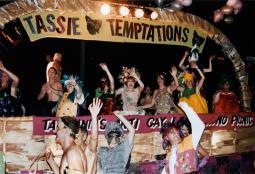 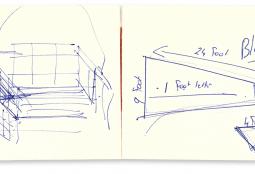